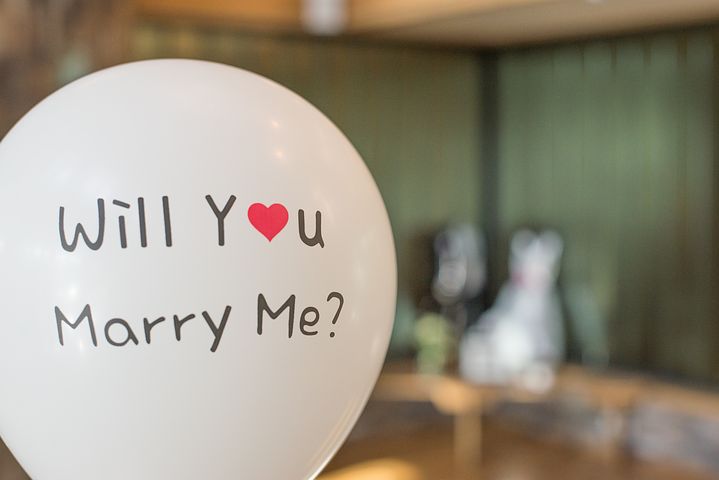 Engaged. I had very specific ideas of how I wanted this one to go. No pictures. No instagramable moment. No one hiding in the bushes capturing my hand over my mouth saying ‘no no, no!’ Just him and I before the craziness ensued. And it did.

Many people were shocked I was engaged because they had no idea I was even dating. Others were saying ‘it’s about bloody time’. People are used to me baring it all and think they know the inner workings of my life because of social media posts. The truth is that I keep private just as much as I disclose and what I share is very carefully thought out and curated. I have always felt that the point of divorce is not to remarry. We don’t leave bad relationships for better ones, we leave them not to be there anymore. And honestly, when I left my marriage I was not under any illusion that I would remarry. I told my family countless times that men don’t line up for women with four kids. Turns out, you don’t need men to line up, you just need one to show up.  This relationship has challenged every notion I have about love and myself. It has brought up past hurt, past pain, past wounds that had been scabbed over but not healed. This relationship has probed at some of my deepest insecurities and has made me look them straight in the eye.

I withheld this relationship from the public eye because one; as crazy as it sounds I believe in the power of the evil eye but two; I didn’t want to post #inlove pictures without discussing the struggles and anxiety that often lay behind. And truthfully, I was not ready to discuss the behind the scenes when it felt like we were still in the dress rehearsal.

Nothing has changed that much being engaged. I have seen how happy people are for us and the love they have offered us and it is truly humbling. We are still the same goofballs we were before, reveling in making our kids squirm and scream with the slightest display of affection. But I seem to have a new found confidence in discussing this relationship. I am okay sharing some details about it. I want people to know that getting to this point was work. It was mindful, conscious work filled with love, respect and communication. There were times we thought we wouldn’t make it, times I broke up with him because my fear of happiness was greater than the pain of walking away, times the anxiety in my head was louder than the love for him in my heart.

It wasn’t easy. It won’t be easy. But damn, it’s worth it and we are investing in one another knowing it will continue to be worth it. And I am actually excited to share this journey with you all now. I have realized that so many people feel as I did when I first got divorced and seeing me get to this point becomes a beacon of hope to others. It’s like someone actually getting out of a corn maze and leaving messages for the people still in there. The maze is long and lonely and so confusing, and there are so many times you just plop down in the middle of it and sit and cry because it feels like there’s no way out. I may have walked out of one maze but amazingly, I’m walking right back into another winding course filled with bonus kids, and exes and a whole lot of big feelings. We are all always in one maze or another. We help those coming out of mazes we’ve done before and we look to others who guide us through the new ones. The truth is that we are all always a little lost and a little found, both hopeful and hopeless, novice and newbie, teacher and student. The only difference now is that there are seven kids coming along for the ride with us, God help us all.