A few weeks back I was interviewed for Vivah Magazine, a Women’s health and wellness magazine. The interview was about my having type 1 diabetes and how I manage life with it. I received some supportive ‘Likes’ after sharing it on Facebook but then received responses which genuinely shocked me. One person asked me why I would write this for the world to see, to which I immediately responded, why keep it to  myself. The individual went on to tell me that I face enough challenges in the dating arena and that I don’t understand the need to present myself “as positively as possible” because in my position with four children and living in Toronto, “I cannot afford for people to turn me down over the wrong perception.” Now, there are two types of reactions to this comment. Some of you are are saying this person has a point –  relationships are hard and airing your dirty laundry, so to say, doesn’t do service to anyone. And then there are those of you who are snapping your fingers in a Z formation saying “girlllllll, if he can’t handle a bit of sugar, he ain’t worth your time.” And it’s entirely possible that both views are right. Both definitely have merit. But really it brings forth a much bigger issue of how honest we are with those we date and, by proxy, how honest we are with ourselves.

I was 17 and was getting ready to sleep at my friend’s house for the weekend. In the weeks before, I had been drinking insatiably and going to the bathroom as if I were nine months pregnant. My mother was concerned I had a urine infection and had taken me to the doctor for blood and urine work. I vividly remember standing in my bedroom, trying to decide which dress to take to my friend’s when my mom walked in the room and told me the doctor called and we needed to go to hospital immediately. Not grasping the severity of the situation, I called my friend and told her I wouldn’t be over just yet but hopefully would be there within a few hours. We entered the emergency room and were immediately whisked away. I remember seeing an infant wailing and saying to my mom, “why am I going first- it should be the baby.” I would later learn that my blood sugar level was 38 mmol(700). Aa healthy blood sugar ranges between 4-7. I was moments away from having my body shut down into a coma and was in the life threatening state of DKA- Diabetic ketoacidosis, which is a serious complication of diabetes that occurs when your body produces high levels of blood acids called ketones. Five days with an IV and countless doctors and specialists, my new life as a Type 1 Diabetic began.

I travelled,  got married, had four healthy pregnancies that yielded me four healthy children all via C-section. I got divorced. Statistically, I’ve led a pretty typical North American life. Before the internet and arguably before a few loudmouths began speaking their truths, people lived in isolation with their ailments and life circumstances. In my life, I can count on one hand how many Type 1 diabetics I know, but with only a few clicks I am connected to a world of individuals who understand my everyday life.

People are intersectional; my diabetes, my children, my divorce, my geographic community, my religion are all part of me. And each of those parts have Facebook groups which allow me to engage with others who share that section of my life. Should I be anymore embarrassed by my Diabetes than my children? According to some individuals in the dating world, they are both liabilities. By this logic I should be hiding my children, no? Are you feigning shock and horror at the thought of a parent doing that? But your children are what make you you; you wouldn’t be who you are today without them; to withhold that from someone would be withholding part of yourself.  Replace children with Type 1 Diabetes and I have made my point.

I made the conscious decision to be open about my divorce because I am not ashamed of it and because I didn’t want my children harboring any shame for it either. So I normalized it and just made it a new part of our life. Just like any part, sometimes it’s great and sometimes it sucks.

I am not ashamed that my body attacked itself when I was 17 leaving me with a lifelong autoimmune disease anymore than I am embarrassed of my brown eyes, my freckles or my height.

In fact the only thing I fear is my propensity for snorting while laughing. That’s the only truly shameful idiosyncrasy I should definitely not share with the world. 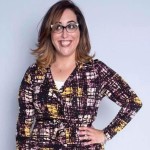