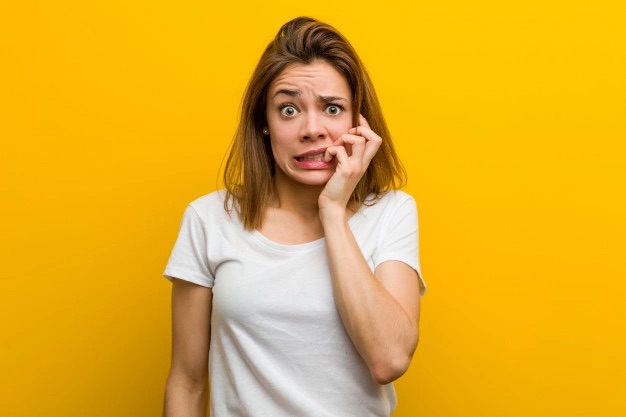 In divorce dating there are few experiences scarier than meeting ‘the kids’. It’s always meant to be a low key comfortable experience that has been meticulously planned and detailed down to the opening remarks, what will be eaten and how much time will be allotted to each activity. My fiance and I spoke for about a month before actually meeting face to face, I know, internet dating is weird. When we finally met, I was nervous and fussed with my make-up way too much but I said to myself, “Daniella, you got this!” And even meeting his parents was nerve wracking because I wanted to make a good impression but I wasn’t that worried. I showed up with a gift both as armour and a reflection of being raised right. Again, I said to myself, “Daniella, you got this!” I do well with parents, dads tend to love me, hopefully my future father-in-law is reading this now and will attest to this fact, hi Dad!

But meeting the kids, that was a level of fear I had not known before and you are talking to a woman who has had four c-sections. Kids are this weird, duplicitous, mix of ruthless honesty and shameless secrecy. So at any given moment, you think you know exactly where they stand and at the same time have no clue. When it’s your own kids, you know their non-verbal cues and what that means in the company of strangers. But someone else’s kids may as well be like when your kid changes Netflix to Sweedish and everything on Team Titans looks familiar but you have no clue what’s actually going. Unless you speak Swedish, of course.

The kids have been prepped, “this is Daddy’s friend with diabetes from Toronto ”. Diabetes was only relevant because one of my future bonus kids also has type 1 diabetes, crazy I know! I have been prepped, be yourself just without the ‘that’s what she said’s’. It’s nerves all over as the kids look me up, size me up but don’t want to be caught dead looking at me. Them wondering ‘will this woman be my stepmom?’, ‘what if I hate her?’ ‘what if she’s the worst?’ Until we get to indoor trampolining and all is forgotten in the name of fun as our dinner blissfully rises and falls in our stomachs with every jump.

There are countless books on how to introduce the kids to someone serious in your life. We sat down and read some of them and by that I mean we scrolled Google for answers with Ted Lasso on pause. One recommendation was not to have your child meet your new partner in the washroom in the morning. This made us feel like we were winning at this. Another recommendation was to wait until you’ve been together for a year. It had been eight months, maybe we were losing at this after all. We rationalized that it was close enough to a year and we were doing this all with the kid’s best interest at heart and to assuage ourselves, we shut down the conversation and returned to Netflix like fully, responsible adults do.

Children are in many ways the gatekeepers to these relationships. My own kids asked me ”Mama, what if I don’t want to hug him? What if I don’t like him and you marry him?’ Of course, this conversation was in the car so I pulled over and looked at all the kids and stated emphatically, ‘your opinion matters, I am not going to marry anyone you don’t like, and of course, you never have to hug anyone you don’t want to.” This was difficult to say because in my mind I was thinking what if they really don’t like him? Do I end this relationship like I just told them I would’? This is a tough one and I have little advice on this but I felt and still do that that our relationship is the center and the kids orbit us. So if we work to make our relationship as strong as possible then not only can we face the challenge of the kids, but the kids will feel that stability. This is what worked for us. I’m not putting it out here as a recipe for everyone.

It was exactly this that had me so scared to meet his kids. Because I knew that my own kids, at that point, came before him and his would too. But just like staying in a bad marriage for the kids is a cop-out, breaking up because of the kids is one too. It’s putting very adult and grown-up decisions on very small, feeble shoulders and asking them to carry what is too heavy for us.

Children impact our decisions but they do not dictate them and giving them this power relinquishes control from us as parents. Zoom, slime, Peppa Pig, Fortnite and unboxing videos on YouTube have already stolen so much of the parental control we have clung to, we don’t need to willingly give more away.

Kids may be the bouncers at the nightclub that are our relationships; they may step aside for those they let in but it’s up to us to decide whether or not they stay.