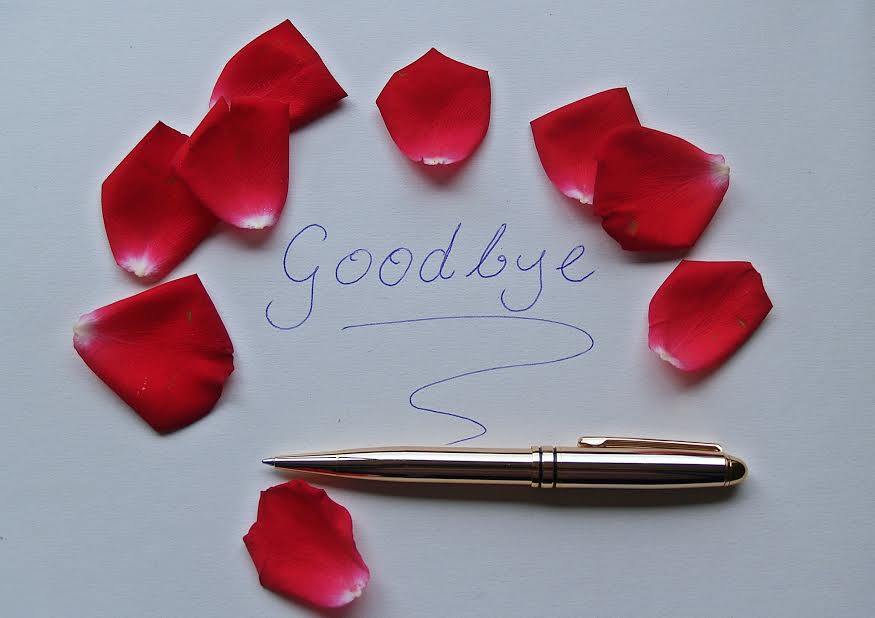 I was in my closet changing from my at-home pyjamas to my night time pyjamas when my son who was sitting on my bed asked, “Mama, how come you didn’t change your last name back to what it was before you were married? You’re not married anymore so that person doesn’t exist anymore. You should change it.” A flurry of thoughts went through my head, starting with did I unknowingly adopt one of Dr. Phil’s kids, then going to that’s a really good point and ending with why the hell aren’t you in bed??

So naturally the first step in saying goodbye to the old me was changing my Facebook name. Because nothing says freshly divorced like a notification that Daniella has now updated her last name. First with a hyphenated version and then cutting the cord and dropping my married name all together. Saying goodbye to my last name was saying goodbye to a different person.

There are so many goodbyes in a divorce. There’s the obvious ones like parting with certain friends, often saying goodbye to your house and sometimes breaking from the community you’ve known – and the big one, saying goodbye to your marriage. But then there’s the more nuanced, more subtle goodbyes. The ones’ that come without a party, or a hug or a well intentioned keep in touch. They are the goodbyes you have to say to yourself. The goodbye to you as a spouse, to you as a parent in a two-parent home, the goodbye to the person you were. You may not have liked who you had become in your marriage. Bad relationships bring out the worst in us and show us sides of ourselves we never want to expose. But for better or worse, it’s who we were.

Saying goodbye to yourself is one of the hardest goodbyes one ever experiences. Because truly saying goodbye, truly parting with oneself means forgiving oneself. It means telling yourself you understand that things were hard and that you tried your best. And sometimes you didn’t try at all. Sometimes you gave up because fighting was just too hard. It’s letting yourself off the hook for all the what-ifs and should-haves: I should have listened to my mother, I shouldn’t have married so young, I shouldn’t have had children and then more children, I should have left earlier. It’s forgiving yourself for not being the person you expected; the person who sets goals and reaches them, the person who maximizes their life potential, that person with the amazing career. Because the truth is you just couldn’t. You couldn’t challenge yourself when your marriage was already challenging you enough.

Harder than saying goodbye to the me of the past, is saying hello to the me of the future. The me whose life is in her hands alone. The me who chooses my goals and goes after them. The me who is held accountable to her decisions because they are mine alone. The me who has finally been given the opportunity to put my money where her mouth is and create the life I’ve always dreamed of. This me is scary as all hell. I don’t know what she is capable of and I don’t know how far she can go. I don’t know her like I know the old me. I can’t always predict her choices or what she will say or what she will do. But she’s mine – mine to shape and mold into the person I so desperately want to be and want my children to see me become.

​Because at the end of the day when the kids are all in bed, and the house is quiet and I’m spread across my king sized bed indulging in my secret chocolate stash, this me is mine.